Does history tell us that we have bottomed?

“History doesn’t repeat itself, but it often rhymes.”

Numerous studies have concluded the best days in the stock market almost universally occur during bear markets.  Most bull markets see slow and steady growth for a long period of time.  Bear markets tend to occur quickly with many days of very bad down days accompanied by short bursts of incredibly powerful up days.  So, did we just see the end of the bear market and the beginning of a new bull market, or is this simply a bear market rally? 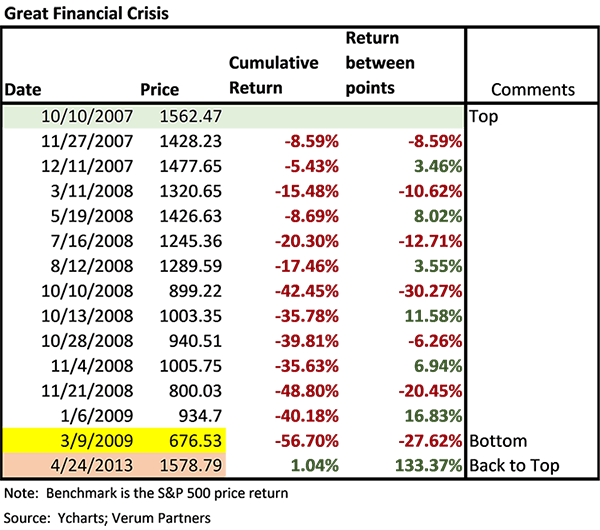 The financial crisis saw six notable “bear market rallies.”  Two of those represented double digit rallies.  The 11.5% rally happened in just three days after the Lehman Brothers collapse and the second was the last bear market rally that lasted for approximately 6 weeks over the holidays of 2008.  While there are clear similarities to last week’s price action, neither rally stacks up in terms of both speed and return as last week’s rally. 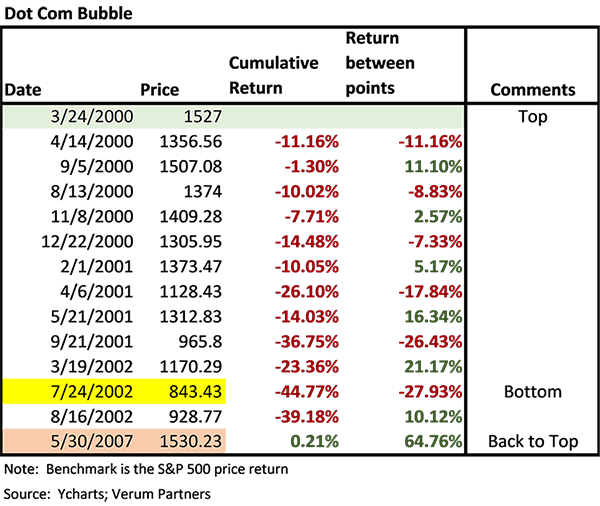 Sticking with the theme of brutally bad bear markets, I also examined the 1973-1974 bear market.  This bear market is one of the worst of all time, but amazingly history often glosses over just how bad the market was.  While the market ultimately fell by 48% from January 1973-October 1974, we see no double-digit rallies during this period.  There was an incredibly strong rally after the bottom was found between October 4, 1974 and November 11, 1974 of 20.5%, though. 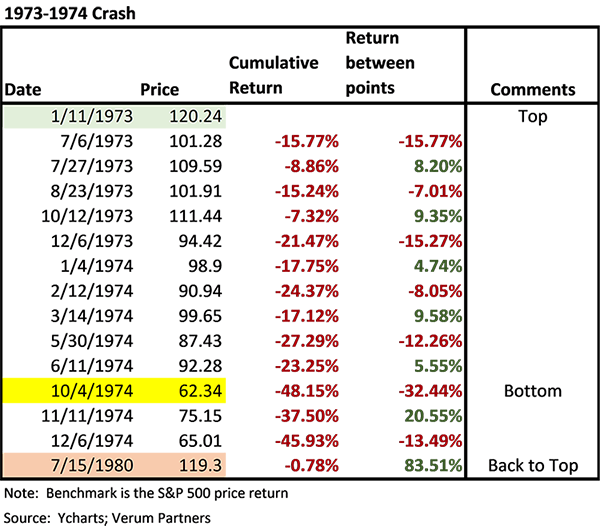 Of all the bear markets experienced since the Great Depression, none look as similar to the Great Pandemic crash of 2020 as the 1987 market crash.  Here is the price action: 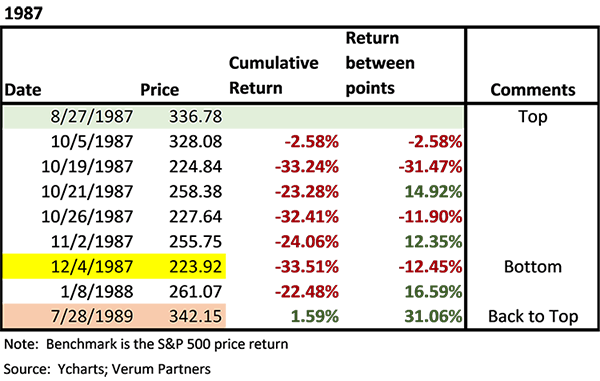 From October 5th, 1987 through October 19th, 1987 the market collapsed 31% (and was already down 2.5%).  In just two days, the market then rallied almost 15%.  The market would then go on to see two more legs down to effectively retest the October 19th lows on December 4th.  Prior to the recent event, 1987 was without a doubt the fastest and steepest fall that most living investors could recall.  In looking at the early price action there has been a very similar pattern.  In 1987, the first big rally effectively represented the bottom.

While 1987 seems to be the closest blueprint to the Great Pandemic, it’s worth noting that 1987’s collapse was largely driven by technical factors rather than external factors.  This time around, we can clearly see the cause of the market collapse.  We also know that halting the global economy will come with extreme pain economically.  The ramifications of shutting down the economy are wholly unpredictable.  We are simply in uncharted waters.

We are also aware that some have made comparisons to the Great Depression.  In an attempt at intellectual honesty, we tried to create a similar analysis for the 1929 and 1937 crashes.  We used Dow Jones Industrial pricing data rather than S&P 500 due to our access to the historical data.  Here is the data: 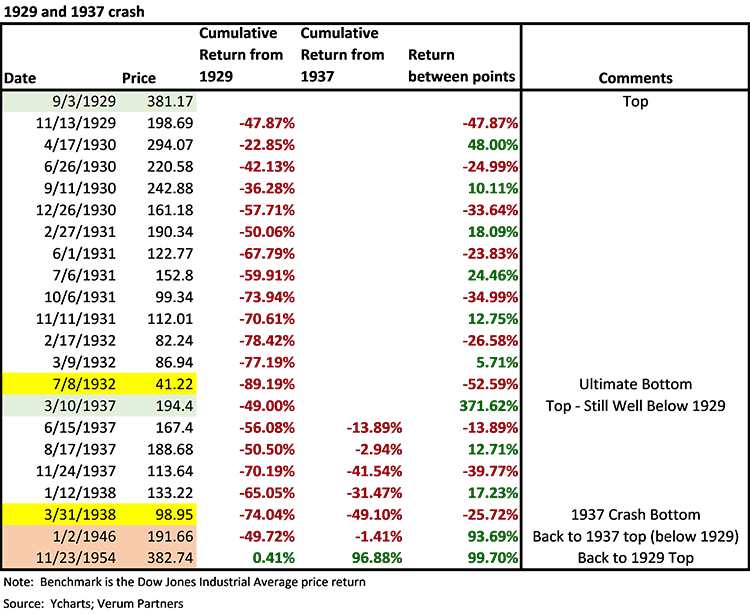 At first glance, it is worth noting that both the speed and severity of the 1929 crash are similar to the Great Pandemic.  The 1929 collapse was slightly slower than the Pandemic drop, but it fell over 47% during that time.  Further, a tremendous rally of 48% followed.  The 48% rally took approximately five months whereas our big rally (only a third of the size) has taken just three days.  While there may be similarities here in the two events, one should note that most of the long-term damage took place in another collapse in prices throughout 1931 and early 1932.  While anything is possible, there are several reasons to be far more optimistic about markets than in 1929.  First of all, the United States was effectively an emerging market in 1929 with far less access to capital, tariff walls were at extreme levels during this period which didn’t allow for global trade and markets to clear, and lastly the government response favored a laissez faire approach.  Today, we have a government that has already passed a $2 Trillion economic package, a Fed that has acted with incredible speed to offer financial markets support unlike anything we have ever seen (including during the financial crisis), and while populism and anti-globalization movements have been on the rise in recent years, globalization is far from dead and should allow for economic mobility of goods and services.  In short, we don’t think this is a Great Depression 2.0.

So, does that mean that we have reached the bottom during the pandemic?  In truth, we just don’t know.  If history is any guide, bear markets tend to last longer than what we have experienced thus far and typically the first rally is simply a relief rally or short covering and doesn’t represent the bottom.  Having said that, given the speed at which we fell, it wouldn’t surprise us to see a large, sustained rally from the bottom of this bear market and the beginning of the new bull market.  Only time will tell for sure.